Brazil: Meet Joao Maia, a photographer “who shoots what he can’t see” 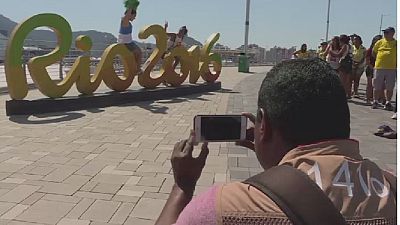 A visually impaired photographer Joao Maia, has made a name covering the ongoing paralympics. Maia lost his sight 12 years ago after suffering from an eye infection.

He later learnt how to use a cane and braille before developing an interest in photography.

From a traditional camera, he now uses the latest generation smartphone with excellent focusing options.

“I think that the photo allows me show people that I exist. I record what I see in my own way. People see my photos and say they are good. You have succeeded in capturing something that I would not have succeeded in doing,” Joao Maia said.

Joao has good hearing skills which allow him to trigger his camera at the right time. When he is close enough, he feels the heartbeats and steps of the runners and then proceeds to take the picture.

“Despite his visibility difficulties, he immortalizes sports moments of great events difficult to be captured by those who see. And Joao captures it in an unbelievable natural manner as if the photo was in him,” Ricardo Rojas, who works closely with him said.

Joao Maia says his next challenge is to learn English which will enable him cover other important events out of Brazil.